F, b. 1848, d. 1860
Auria A. Denbow was born in 1848 at Missouri, USA. She Reference: Excerpts of Letter from Ruth Denbow Bilderback toFlorence Waters Denbow would seem to place this individual in thisfamily group.
She died in 1860.

Bazzel Denbow was born on 14 January 1819 at Harford, Maryland, USA; His "Graves Record" from the Adjutant General's office says he was born in 1824, but census records and other documents place birth year as 1819.1 He married Ruth Tanner, daughter of John Tanner and Mary Elizabeth Tipton, on 2 January 1845 at Cadiz, Harrison, Ohio, USA. Marriage license issued 31 December 1844 "on oath of groom." Rev. Elias Gatchel signed the document on 10 February 1845. This license is reproduced in Bazzel's Civil War pension file. The minister and/or copyist was not too careful with his spellings, as "Denbow" is spelled "Danbow" and "Tanner" is spelled "Tennor." Some researchers have thought that this was an alternate spelling of Ruth's last name; however, I've concluded that it's just sloppy spelling, though other members of her family spell Tanner is a variety of other ways.2

Belle Denbow was born on 15 April 1872.1 She married William E. Bender on 1 April 1893. Belle Denbow Pieced together from various sources. Her married name was Bender. She died on 27 December 1913 at Lewisville, Monroe, Ohio, USA, at age 41. Some of the information here comes from a copy of an obituary that is undated and with no clear indication of what paper it is from.2,1 She was buried after 27 December 1913 at Buchanan Cemetery, Wayne Twp., Monroe, Ohio, USA.

Beth had a passion for teaching children and worked to instill her love of reading to all her students. She was a reading teacher at Edison Elementary School. Beth was a member of Emmanuel United Methodist Church. She enjoyed reading, needlework, gardening, traveling and working on puzzles.

In addition to her parents and husband of 33 years of marriage, Beth will be deeply missed by her son, Curt Jackson of Mesa, Ariz; sister, Susie (John) Woody of Houston; brothers, Dave (Carol) Denbow of Wooster, Dan (Susan) Denbow of Ashland; sister-in-laws, Gail Jackson of Kinsman and Judy (Mark) Zink of Perrysburg; nieces; Meredith and Rachel Denbow; nephews, Chris, Grant, Garrett and Luke Denbow; and her precious dog, Sophie.

Beth was preceded in death by both sets of grandparents and her parents-in-law.

Memorial contributions may be made to The Ashland Bookcase Project in care of Denbow-Primm-Kemery Funeral Home, 313 Center St., Ashland, Ohio 44805; or a charity of the donor's choice.2

F
Betsy Denbow Sandy obtain information on John Jr., Betsy and Clemency from recordsof St. George and St. John's Parishes in Harford County, Maryland. Shesays her placement of them in this family is highly speculative.

M, b. 2 November 1915
Bruce Denbow was born on 2 November 1915 at Chatfield, Navarro, Texas, USA. He Reference: Knowledge of brother, Claude Denbow. He says they had 1child. 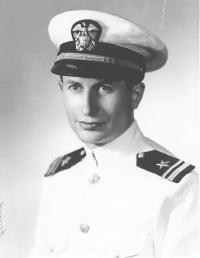 Carl Herbert Denbow was born on 13 December 1911 at East Fultonham, Muskingum, Ohio, USA. He was educated between 1930 and 1937 at Universiity of Chicago, Chicago, Cook, Illinois, USA. He received undergraduate and graduate degrees at the University of Chicago -- Ph.D. in 1937. Began teaching mathematics at Ohio University in 1938. After service in the Navy in WWI, he taught at the Naval Postgraduate School in Annapolis, Maryland, until 1950, when he returned to Ohio University. He then taught there until the early 1980s, when he retired. US Navy Lieutenant during WWII.1 He married Stefania Aðalbjörg Björnson, daughter of Gunnar Björn Björnson and Ingibjörg Augustine Jónsdóttir, on 5 June 1939 at Grace Luthern Church, Minneapolis, Hennepin, Minnesota, USA.1 Carl Herbert Denbow died on 6 August 1994 at North, Columbus, Franklin, Ohio, USA, at age 82; cause: lung cancer (small cell.)1 By the time of diagnosis, his lung cancer had spread to the brain. He received a few weeks of chemotherapy and died as a result of septicemia (blood infection), secondary to the treatment itself. That is, his immune system did not recover from the effects of the chemotherapy, which allowed the infection to run wild [There was some disagreement among his doctors whether the brain or the lung cancer were primary.].1 He was buried on 10 August 1994 at West Union Street Cemetery, Athens, Athens, Ohio, USA.1

He was a gas and oil well industry worker and at one time worked in a glass factory circa 1916 at Zanesville, Muskingum, Ohio, USA.1 He married Mary Louetta Feiber, daughter of John Feiber and Columbia Isabelle Baker, on 25 April 1916. Sandy Jameyson, Carl's granddaughter, was told by one of her older relatives that George Miracle (1863-1924) raped Mary Catherine Denbow and that Carl William Denbow was conceived at that time. If so, George would have been both his uncle and his father.1 Carl William Denbow Sr. was buried in June 1961 at Sullivan, Ashland, Ohio, USA. He died on 21 June 1961 at Ashland, Ashland, Ohio, USA, at age 65.1

F, b. 1805, d. 1878
Cassandra Denbow was born in 1805 at Maryland, USA. She is not only Carl J. Denbow's 3rd great-grandaunt, but also the wife of his 1st cousin five times removed. She married Josiah Thompson, son of Andrew Thompson and Elizabeth Denbow, in 1825. Her married name was Thompson. Cassandra Denbow died in 1878.